We will have to make some changes on the profiles section again and again this week. As we know some will want to return and others will leave…. and then return again.

Irene is back, Delight is Back, Alma is back, Angie was gone and back, Tokio was gone and then came back and then she is gone again. Others we were expecting are Kitty and Gala as well. Oh boy, can they be a bit more stable?

As far as we can offer to the clients before they choose, we have the photos in the models section, then we have the forum which is full of hundreds of selfies now. Then we even have the blog with some extra selfies. No way we can add more from the girls, except videos but that is something that needs to be fixed since our software can take them, but we still can’t find the way to take out adobe flash so everyone can see.

As far a photos, never before we had so much material for you to make your choise. So much to confirm your lady now!

Last blog post the Migrant Caravan was mentioned, and something a former Musa shared is a video of them demanding the Mexico president to provide transportation from the south of the country to the border. A long path, it would take 10 days at least to travel, in car. After seeing some pictures and videos from people complaining they leave thrash all over the places they stay, and also they leave blankets, clothes and food. All donated stuff to help them.

The latest is they are kidnapping commercial trucks and getting inside by force to travel the way the driver needs to take to deliver the products he has on his charge, of course he gets robbed. Public force is doing something? No, because they have orders not to harm the migrants, the fear of Mexican government being crucified if public force harms or kills someone is too big, but this is now become an invasion, something needs to be done. Maybe many people spoke too soon when they said Trump sending army and navy members to the border is too much.

There are some that already got to the border in C.D. Juarez, they took a bridge to leave, and apparently there are reports of members of a dangerous gang staying there. Again, some want to just get a job, work hard and get a better life, but the way many are doing things doesn’t give the rest of us too much hope, but instead give us the feeling that they need to be sent back, everyone just to be sure nothing bad happens because of them. No organization and no respect from many, many of them has just lead to fear and disapproval.

And they now demand transportation? Well, many disapprove this demand because of the above said.

On some other news. We will finish the VS challenge and take a winner from the votes we have in all the VS. We will continue with it, but not as a contest now, but something more casual from the girls as it is hard to get selfies from them for the contest, even tho they post their selfies only wearing panties all the time in the forum. You know, women.

We are working on putting all the names in paper, we have to repeat each one as many times as they voted, then cut them off and put them in a jar. Dear Ariana will take the Winner, and we will give him 3 days to answer or the prize will pass to the second name she takes out, and so on.

Sherlyn, is now doing duos with Mirna, both cousins. Unfortunately, they don’t do lesbian interaction, you need to ask which combos take this as part of the experience, I know many of you don’t need it, some are looking for it as a must and other just can live the date without it, but it is good if they get it.

Carolina’s natural big attributes are getting some good attention, her service is getting well commented as she is new, but she knows how to work her body well. For those who love the extra weight inside bras.

Halloween passed, and the streets were a chaos, lots of people there blocking the streets, causing traffic, making the Musas get to their dates a lot slower and they even had to wait very, very long times for Uber drivers to pick them up and leave home for duty. It was madness.

We have a holiday we call “The day of the death”,  this is more like a memorial, Mexican tradition were people build an altar and decorate it with  an specific flower called Cempasúchil. They build an altar for each of their beloved ones who passed away, each altar have their photo and food they liked as well as drinks and other stuff they used while they lived with us.

Legend says that in November 1 and 2 the death are allowed to come back to this world, and they visit their families and they can eat and drink from the altars and then return to rest.

On some places this turns into a celebration party as well, and they cook Mexican food and share a big party remembering their beloved ones as they were still alive and partying with them.

Now, guess who got some nice gifts. Many ask how many reviews the girl has, which one is the most popular, but a secret a veteran master has, besides the gifts, is to treat them well, hygiene, some halls before kissing, toothbrush and take it easy. They will connect with you.

The gifts are part of his personal trademark when it comes to have a date. It’s like getting flowers for your lady. Behold, master Esteban’s mojo. 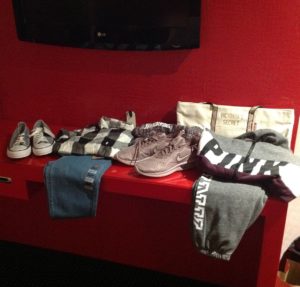 A picture of some of the Musas together having some dinner. Someone was doing homework, they do want to keep up with school, work and have some time to share as well. Something we like to see. 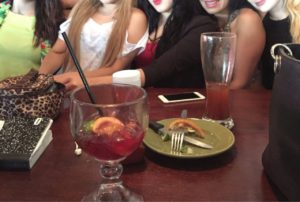 One thought on “This time let’s start making sense”