Rainy times are here, winter is at our door and Christmas is going to take a big time from all of us from now on. Many reunions, what we call Posadas, and many, many food to share and taste. That’s what Christmas is all about around here.

Many have been asking about the migrant cavaran, and the truth is that all began with some people taking advantage of how easy was to cheat the now migrants in the caravan into believing the lies of how they would cross with no problems to US, even without any ID, papers and even if they wanted to cross illegally it would be so easy. They arrived, and now the people who organized this in the first place, have disappeared.

It has been said that a small organization has been doing this for some years now, and even a caravan was traveling to US around March of this year, we can check that on this year news.

This time, the news about a new caravan went damn viral and many people joined, they had to pass from Honduras to Guatemala and El Salvador, so many people got into the train.

News went trending topic all over social media and even television, the rumor of a caravan going to US went from one country to another as they were traveling and this is how it got so big. No one was expecting to see the people who started this disappear just like that. Well, most of the caravan members didn’t even know who they are.

What was the real purpose on this? Don’t really know, no one knows. All those people were told that US would open their doors just like that, that asylum doesn’t need any special papers, and that was their right to be accepted even without documents because of humanitarian crisis.

It has been said that a very great percentage of people who joined the caravan don’t even have the first grade. At the best they can write and read, but this doesn’t mean they cannot do anything to earn a living, most of them have learned a job and they stick to it, but you can imagine how much misinformation they will carry on because of this. And this played a major role in this situation, they believed everything they told them because they don’t know anything about laws, about migration process and some don’t even have a birth certificate. Yes, that’s how far this goes.

This small organizations take money from donators, sponsors who donate money for good actions, and that’s why they need to keep doing this. Some rumors tell us about political interests, like the wall Trump wants to build all around the border that divides Mexico from US.

Some members of the caravan tried to cross jumping the fence, but they got stopped and many got deported. Some did managed to cross but they got busted as well and deported. This is used as an example of why the wall must be build, and it’s a huge one, because this must not be taken lightly. Yes, we know many mexican cross to US without documents, but this is something our government must take care off, a weak economy turns into illegal migration. Not US fault.

Another theory is that the ex president from Mexico wanted to inherit a humanitarian crisis to solve for the next president, who took protests just a few hours ago. Why? Well, politics in this country are a bit… personal. Literally, politics are made from personal grudges, and this shows how bad our government is. For those who didn’t believe how bad this was.

It has been said that the presidential elections have been stolen at least 2 times. Both times from the same candidate, which this time got elected and recognized as the new president. The bad decisions and the lack of security for over 12 years got to a whole new level, this time the whole country got out and voted, this time it was impossible to commit fraud, it was all over, at least for now.

For over 70 years the same party was at top of the power, it only changed in 2,000 when another party candidate got elected, and even then many rumors about a collision have been around and even when the senators approve new changes it is clear that many vote for personal interests and unite with other parties to make this happen. Just a bit of how this works over here.

Just for those who were asking a lot about this, there is much, much more to this, but it would be a long, long talk and explaining. Politics, economics and people with financial power are behind many things in this country.
I

Well, right now things are normal on the border, crossing times are back to normal. Of course we advice to cross walking and take an Uber as when you get back it will be much faster. Otay gives another fast option for all of you, but as we said before, not all the girls will go that zone because of the high costs for them to travel to that zone.

Now on some notes about the girls, well you already noticed girls like Amara, London and Karime. Really beautiful girls and really cool ones to talk to as well. Maybe London and Karime will do threesomes, will need to ask, but if you remember Karime, you will know that she used to do threesomes with former Musa Keiry, they were stars as soon as they arrived.

Now, we have seen how the forum has changed a lot of things. Many ideas and many experiences have taken place because of the forum. We are not seeing how threesomes got out of hand and people are having a blast with the options they have. MFM, FMF, Foursomes, Double doubles, LMAO.

Amara is having nice comments so far, she already got her first gift from a gentlemen. We will see how long she lasts, she is hard to get sometimes but it all seems worth it. Keep trying fellas! 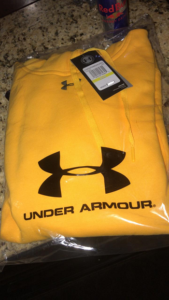 Since Rainy days are here, hot chocolate, cake and cookies are the best. Girl Ariana is enjoying some coffee and sweet dounuts right now.

We will keep you posted, for now everything is back and running. Nice weekend!