Se are having some trouble getting the lineup in balance, with all the new ones, other Musas taking vacations and, of course, other ones returning for more. Some want to join but also we need to give our already Musas the chance to get some work first and get to know how they work and let others know how good they are before letting new cats get in the house, so we have some candidates for Musa in line for now.

A big surprise was Estrella, who came and is turning heads right now because of her menu, she even squirts and she told us she does this automatically. Damn, that’s some serious stuff there.

There was a lot of good ass movies this last month, starting with Avengers and all the spoilers and fights because of that, some Musas got angry because they got the movie spoiled before they could buy the tickets. John Wicket and X-men are some of the movies they talk about.

Lizbeth is getting some attention, I admit she was underrated but after some comments now I believe she does have some good skills, she is also trained for a professional massage, her menu includes Greek which is hard to find sometimes, she was a hidden gem and now her shine is getting through.

We keep getting a lot of gentlemen’s bringing gifts and treating the girls so good. We appreciate those clients, so we try to make it worth it. A little something some of the girls got from an awesome dude. 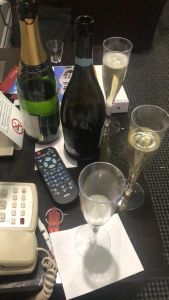 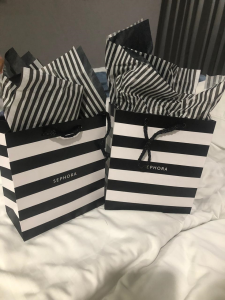 Ariana wants some Xbox headphones so I…. So she can play all day….. Just letting you know in case you were interested lol.

Some of the Musas like interesting things, lately been seeing anime because one of the girls take over the Tv and YouTube is always full of anime. Some have very interesting stuff, story, characters. Just like a Netflix series but made a Japanese cartoon.

Other girls like rock and punk scene, they have some interesting ideology about government and society, not really agree about the actual government but also most part of society are not ready to be independent enough to make this country progress. In other words, this sucks, pretty bad.

This rocker girls also like going to concerts and getting wild in the mosh pit. Pretty crazy, considering they are just skinny girls no more than 5’3.

Other girls are interested in photography, they already got some expensive cameras and still learning, but they are taking classes for professional photography.

Other ones are still in the same old same old party rampage. Well, we know how that ends so we will just let it be.

Sorry for leaving the blog, but the forum and the Musas are taking too much time from us right now, we will try to keep posting here more often. Stay tuned!