We are having so much trouble dealing with the hot weather, lots of water and lots of showers. Wish we had a pool but we have to be happy with a hose and some ice cubes drinking melon water.

Nadia just got a bad experience going out alone at night so she won’t be doing night dates after 7 pm, you can read how many people try to be assholes with them in the forum, with their confessions, but now they can’t even walk out on the streets because of these creeps.

Some things will be done in the forum, many threads were merged but it seems some others will need to be split and take their place for those seeking for information about certain girls or new combos. Many are asking about Nadia and Lanny, another popular duo is Sandra and Natasha, so Mods will do some work there, old combos not here anymore will be send to the Threesomes thread.

Many Musas are taking classes online, school is still charging monthly so they found that online is the best way to keep it on. Some will even have their graduation via online, weird but this is what they can do.

Things are going hard this time, basic products prices are going up and up again. Eggs price is going up to 300% higher, some places raised the milk price too taking advantage of dark times. Gasoline price is going down because of the low demand now,, and people are still asking why do escort exist?

Talking about some casual stuff. We were watching some Fast and Furious movies with Snorlax visiting us, those movies are now about super heroes shit, they will become the new Avengers at this rate. Remember when it was all about some mechanics tuning their cars and racing on the streets for some cash?

Well, whatever, thing is we have an Xbox, and shit was turning on by itself. Snorlax was there saying: “Oh yes, if a ghost did it, then do it again”. And the ghost did it again. She was scared and decided to go sleep with the lights on.

We will go sleep too now. 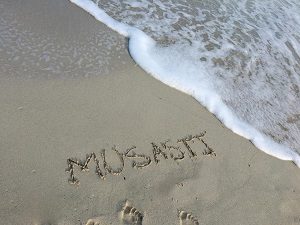 Hot weather is back and most of the girls are happy they can use less clothes now, for us it is great because of miniskirts, dresses and shorts. We have some additions now like Ximena and Cataleya. Now we know Natasha got into a cat fight with her cousin but they are doing threesomes now again, and Cataleya is working with Natasha as well, so we got double prize now.

We have to be a little stricter with the Musas now because we have others wanting to join but we want to focus on the current Musas, other former Musas want to return now in dark times but those are on the waiting list as well, this is what they do for their families and homes, so they have to take this seriously like a good job. Some of them may get angry because of it because they were so confident on themselves and their position here but we have to be clear and also fair with those wanting to work and willing to do their part as best they can.

Revelation Musa this month is Kitzia, she returned and already has the preference of the public. Sorry Nadia, you have serious competition.

The Musas are doing their part in the forum with their pictures. According to the data base there are more than 1,500 pictures there, videos are there now too, some of them have 2 videos, so never before we had so much material. You have more than enough to jack off if you are planning to stay home.

So when we are bored we try to find some nice games but we have a gamer among us and she is hardcore. Don’t know much about videogames but heard about World of Worldcraft being a hell of a game and many being addicted to it, this girl plays it and wants a Warcraft III remake (or something like that) copy. Saw people asking what would be a good gift, and now you have an answer from one of them.

Give us some ideas for  forum activities,  right now some of them will send signs as some of the girls did in the past.

As for now, in our free time we asked Natasha some questions, she was sleepy but here you go.

What animal would you choose for a pet?

If you woke up and you were a man, what would you like to do?

Have sex, Kiss and take a piss.

What would you miss if you had to leave your phone for a week?

Have you ever been obsessed with something?

Your most sensitive part?

You have 5 dollars and you go to a store, everything costs 1 dollar, what would you buy?

Alcohol, condoms and vibrators. Favorite drink is tequila by the way.