Recently we noticed that some photos were “missing” in the Musas profiles, some of you thought the Musas only had 2-3 pictures and never even got so see the videos. We changed the template now and the pictures have a better quality and the videos are now placed in a new section open for everyone to see.

You can also see some selfies in the rest of the webpage sections, some signs from Natasha and Isabella too.

Musas and pets don’t get along, Brisa was taking care of a little chick and died in the restroom while she was away, and she wanted to use cat food to feed the poor creature. Tokio had a dog, he has missing a leg and she had to give him up for adoption because she never was home with him. A Musa well known just recently adopted a dog, he was getting sick for everything, told her that was a princess dog and even the veterinary said he wasn’t eating because he didn’t like the food, so many dogs out there on the streets and this dog doesn’t want to eat because he wants other kinds of food. Spoiled dog need to learn about life.

Widow is back now, she was taking vacations and will start tomorrow again. No threesomes partner now so maybe we will put her on test with someone, not really sure about that.

A Musa just had a bad experience with her friends stealing from her while she was sleeping, she called crying because her hard work was stolen by people who she thought were her friends and needed some words to go through a difficult moment, but consolation wasn’t what she needed, she had to realize in that moment that her money was stolen by stupid people, but she will be able to get it back, and even more, now she realizes the value of that money because she had to work hard for it and didn’t got to enjoy it. Maybe that was fast money, but certainly not easy, and now will be using it for better, lesson learned. About her “friends”, she won’t see them again.

We have 2 girls willing to make a contest and define who is the best photographer, one of them is always depressed out of nothing and her rival is just too slow for everything, almost as slow as Angie arriving to her date after a fantastic excuse claiming the roof fell off and she had to put something to hide the hole up there. 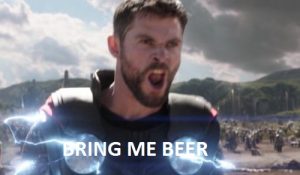 By the way, 365 days movie is like the best example of what feminism hates. Protest are very active now in Mex, but then this movie comes out in Netflix has the most views the whole week and girls be like: I want a Massimo in my life. They don’t even know what Stockholm Syndrome is, they think this is sensual and even romantic. Only saw the first 20 minutes and saw all kinds of abuse, this is not fucking sexy. WTF? All those protest for nothing? See why we tell them to go to school?

Screw that, even Twilight movies are way better than this.

This video explains it really good.

Not recommended, if you have some good recommendations for the girls send us the list!

BTW No, Ashley won’t be back for now, you didn’t saw that coming and now you lost your chance.