A busy week and yet managing to make time for everything, even some took a rest: Lizbeth, Hazel, Kitzia, Alanis are not available for some days, lots of things to do and so little time, so they decided it is time to take a break, not permanently, and they will be able to make some time between their activities, but no specific hours for them to book.

Others as you can see are gone. Will they come back? This time it all depends, if they learn the lesson of the importance of their work and stop screwing up for so little in exchange, well, they could come back.

Some others were given a second chance. Polly is here again, but no threesomes with Widow, they had a catfight because of a douchebag Brayan telling chisme.

No third part this time, no more questions for now, most important things were already said, and yes, for those asking, there is more, much more, to tell but this could turn into chisme instead of letting some things go out to light because it was time. Just going to repeat something, we are focusing on beating our own records, and that’s how we managed to stay here with ya’ll, not trying to screw anyone, not trying to take anything from anyone..coof..coof.. all hard work.

Now, we have been talking to some girls, trying to reinforce what this is all about, service, time and attitude. If they need to take a break then do it, if they need to take their time to eat then said it, if you want the day off to go to the spam then go get pretty but don’t screw up the dates and then go angry because you don’t have work anymore. Stay happy and work gladly and you will have good results.

Yes, Julie does greek, she is also the cousin of one very popular Musa, but not gonna tell who, one thing we can say is that we would never imagine that, she is the very opposite of everything her cousin is, for now she has some attention on her.

Greek is in high demand but how many do it? Even here we can’t seem to find girls willing to try it or already on the game. Lizbeth has the most feedback on her but Irais has been good too based on the comments and the private says she is something, but not a legend at this point. Estrella has been working more lately but under observation too, she is one of the most reliable tho. No one else willing to try it, much less if it’s for the first time, girls are afraid because of the pain many talk about when doing greek, even with a lubricant and no matter how gentle you are. That’s the idea they have, of course nothing will be clear unless they try it themselves, but fear is on the air.

About the gifts, well already said about not bringing expensive stuff, the gift part is such a plus but again, there is no need to bring expensive stuff, just get some chocolates or lollipops, in Mex there is something going on with Black Halls and blow jobs, don’t know what the hype is all about, but supposedly blow jobs will be a lot better of the girl is tasting the halls at the same time, so bring those and try it.

If you still want to bring something different then bring me a bottle of Fireball lol.

Movie theaters are open now but we don’t want to see anymore Fast and Furious movies, those should join Marvel, we want to see Scarlett Johansson back. Most of the restaurants and no, still no one knows when strip clubs will open. Get over it, they will announce it when the time comes, and that will probably 1 or 2 days ahead to a few hours like they did with restaurants, so no one knows yet, people here are making a big deal of it. Yes, they go out, they don’t stay home and do shit but they make a big deal about bars opening. So yes, social “moral codes” are BS and that’s why no one knows when will the strip clubs will be open, n o   o n e   k n o w s.  People have come saying LITERALLY: 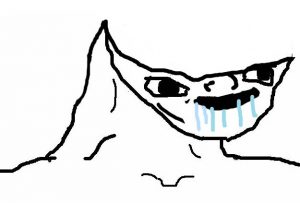 When they open I will tell you, part of the nightlife talks we allow in the forum.

Some well known Musa had a bad experience with ghosts, she was so scared and had to get out and pray to God because she was hearing shit and saw some stuff moving, but pretty sure it was just her mind playing tricks. She was so insisting on the spiritual entities she had to force this hand to make promise to get rid of the Ouija board. Best thing we can do to scare ghosts take out the camera and start filming, ever saw a real ghost on video? No, ghosts never appear, only doors opening and stuff moving, gosh, even some successful YouTube channels and T.V. programs about paranormal stuff show only doors opening and some sounds and it’s all like: “did you hear that?  It’s the devil”, we should start doing our own channel with these ghosts and the girls screaming because the sandwich in the fridge disappeared.

Ghosts watch you when you have sex, when you piss and when you take a shit btw.

So we gonna have some Four Loko, shit tastes awful but try it if you don’t have anything else because of the beer shortage, 12% alcohol is ok but we have tequila and tequila is for machos. Girls like Don Julio 70, ladies like it cold but that’s not enough macho if you want to impress them.

Nice week, we will have maybe some new additions but have to check out first.