New talent got here fast and already some of those new talent are gone now, yes, told you maybe some of them were here only to make some money and get out of trouble. Yes, lurkers and “next time” people are asking: “When will she come back”. Never my dear, never.

Actually some of them will come back, but won’t tell who.

Young and fresh talent is something we have for sure. This lineup with more than 30 young and beautiful girls is something we can say is the best. With our rates, this is imposible to beat.

The best of the new talent got booked fast, wait for next week and they will be on again, for now they are just full. In fact, one of them got a good reception and just decided to go on a vacation as soon as she got enough money LOL. Valery was taking a time off too along with Kitzia and Lizbeth, they just returned from a brief break.

New combinations will be on, but need to wait for the new talent to be done from work right now.

Paola, Fernanda, Ariadne, Marbella got some good comments on them, Paola has some petite body on pair with other slim Musas like Bambi, Alanis, would say she is like a twin of former Musa Lovely.

Now some of these actual Musas need to receive feedback and some others are forgetting what this is all about, a reminder for them will be good but hopefully they are not taking any third persona advices and ruining their work and ruining others experiences, happened before, they will have to work triple has hard now to get what they had here.

Bars with pool tables and sports bars can open now, we got trolled, everyone got trolled, specially the strip clubs with the hollow promises they got. Believe it or not, there are some political going there, political parties tend to attack and damage a rival party business, and there are way too many groups doing this, remember, Mexico has the worst politicians ever, political parties grown in number but many of them are just an extension of an already existing one, they do this so they can steal more and more money.

Don’t bring me this crap, we all know people won’t even respect the “Good social distance”, remember,they allowed them to open because many families depend on the work of restaurants, bars and tourism.

Everyone is talking about Anabelle doll, disappeared from the Warren

A visitor hit the glass in front of the doll, he was advice not to do it. The guy died in a motorcycle accident.

A priest visited the Warren museum, he took the doll and throw it to a chair saying God was more powerful than the devil. When he was driving later that day he had a car accident, he said that the last thing he saw before the hit was the dolls face in the mirror.

The doll did not escape, it was all because a news portal published an interview with Annabelle Wallis, the actress who played Mia in the “Annabelle” movie and she also acted along with Tom Cruise in The Mummy remake, Wallis also talked about “running” in her interview, and news portal included a video of some of the “escape” scenes from The Mummy. As this news circulated on Chinese language social medias, the news about Wallis running appears to have been misconstrued as Annabelle doll escaping.

Another topic from some geek Musas, Edward Cullen as Batman….. 2020 is not good, Batman is Batman, with a good script and visual effects they will get over the shiny vampire playing an iconic hero.

BTW, don’t; don’t buy banana water and leave it all day with this weather.

The work is getting harder as the new girls come and come, and more will get here . So we will have to cut the line again so those will get a chance to work and see how they do.

Liah is already the new Musa revelation and good comments on Aurora, Jaclyn, Ariadne, Marbella. Yes, had to let go some, because no matter how good they are, they just won’t let other girls join in and they keep screwing up over and over. Yes the new ones will probably get busy fast and if they leave for some reason and when they were available you just thought “next time”, then don’t come asking: “is she coming back again?”. They either your choice or not, at this point we don’t have second rate Musas, those are gone, gone like the money you gave her for her “sick mom”, but instead she spent it with Brayan.

The new girls are unpredictable, we don’t know if they will stay a long time or just want some fast money to get out of a problem and then be gone forever or they will return, don’t ask if they will be here for next year, not even they know. Aurora wanted to join at first, then she said no way, then she joined. Now she wants to do threesomes with a friend of hers. It’s not up to us, so we don’t really know what they will do next.

Aurora likes Disney, videogames and anime, so if you want to see her and want to bring something you know where to start.

Lizbeth, Irais are still taking some days on vacation.

Right now Valery is a good example of a legend skilled Musa but she is not reliable, we understand how she needs to keep up with her life besides work but often can’t do both things right. Already tried letting her go but she doesn’t want to go, she needs this too and this is when it gets hard to decide, we know at least she tries to make both of her lives work so that’s why she remains here, unlike other Musas who just flake and then do it again for little to no valid reasons.

Jaclyn will just start doing threesomes with Kitzia, still know nothing about this combination but for now both have been great alone, combinations can be complex so we will just see.

Widow has a new friend she can work with. For now, that friend will only be available for threesomes. 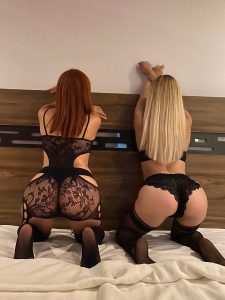 Oh yeah, someone is stealing Nadia’s pictures and also Elissa’s but that is no surprise, there are many, many girls doing that, have seen many ads from other parts of Mexico using our pictures, but this time people have told us many times about this, so I guess theres so much people falling for it and they thought that was a good opportunity but then they saw someone else going into the room. Sorry guys, but if you want to save 100-200 pesos and fall for this fake ads, well, what can I say? 5-10 USD will not make much a difference on the price, but in this case we have the real ladies too. Already told one of those girls to stop, not because she will benefit from our pictures (she is even asking for work right now) but because Nadia or Elissa could be affected by this and people will start thinking they are fake. They already have some new pictures, and wish well for the girl stealing the pics, but many will be disappointed.

People are using restaurants as bars right now because of the actual ones remain closed, most places will ask you to order all drinks one by one instead of buying a bucket with beers or a bottle, they also have to close at 11:00 p.m.

People are pressing the button everyday for night enteraiment places to open, and of course it’s understandable, they have to work to earn some money.  5 months already without work? All had to pay taxes and all still had to pay bills. So yes, many places will open soon… and I can see more coming and asking: when will they open?

Some still ask whats going on with the beer shortage, those days are gone, we can buy beer as usual but what we really want is to have AC and stop waking up because someone is cooking at night.

So enjoy the new additions, we will consider let in more depending on the rest of the Musas working and the one who will return. Nice week.