Pozole and Tamales were excellent this year, the most typical Mexican food for Noche Buena on December 24 and, of course, we end up with more food than expected and have to heat it up again and we end up eating the same food for a week, still good for it is Mexican food.

25 is usually a day for resting and recovering from last night. Tradition is that when family is there they will start fighting on who will get grandma’s house, and the annoying aunt will ask you were is your girlfriend and you will remember she doesn’t love you and she is already happy with Brayan.

By the way, some even returned just for that reason. Marian got here for a few days since she needed some money for presents and some new reinforcements got her so Santa could exist this year. Brisa/Cindy wanted some money for Brayan and she has been returning for over a year now because she helps her politic family with presents and sometimes school supplies and rent. She would need. Alice and Gianna already went home with some nice stuff too.

Now, some of you already saw the new videos, and it truly was because Kitty was getting all the attention and now Helena, heck even Irais sent some new material in addition with her friends, Liz and some others joined.

Still no recommendations, but try Pockets, it’s a pool hall on the Touristic Rio Zone and you will have some good nachos, hot dogs, burguers, beer and some tequila.

Rain started and right now traffic is even crazier than last year, the City has a lot more people now and  many roads now and they won’t be ready soon, of course all the materials they will be using will cost x50 the regular cost, ran makes it worse and Ubers won’t go to certain places because to road is not made of concrete, is just dirty and Ubers drivers use a Versa. Man, that car can’t survive outside the touristic zone, so some girls won’t have any way of transportation outside of the public trucks but they would have to walk a long distance in order to take one, so what can they do, use this? 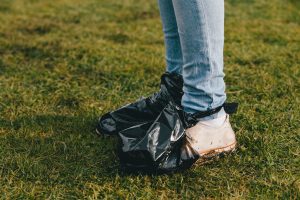 Remember this is third world stuff, and you probably haven’t seen the real Tj yet, , but as long we stay in the beautiful side of the city won’t have any problems. That’s why we recommend some places now, people have been asking were to spend some time now that strips clubs are closed again.. cof, cof. But the 7th window is still open with lots of options inside, you know.

For those asking: Barbara is just a creation of your mind. C’mon, of course she is real.

A new year is almost here and we need to prepare for the girls having a big party and they being hangover for some days so prepare for the lack of ladies. Book while you can and don’t come saying later: is she still around?

Hopefully 2021 will be better and aliens won’t come to conquer us. Nice week!

One thought on “I got shades on, forget a hater”