Some updates on the ladies:

Svanna returned, she will be doing threesomes too with Red Velvet and Alanna. They have been watching 50 shades of Grey. I don’t get why women love than movie, but is probably a better love story than Twilight and 365 days.

Svanna will also have some serious competition on the pretty face department because Hazel just returned, according to the forum comments that is, they say both have a beautiful face.

Adilene is taking some days off again, you know, she needs some time and spend some money.

The forum has been a nice way of know the clients a bit more, and a way for them to open up about their desires, and after the foot post some clients have been asking about certain fetiches. People can “fetishize” almost anything, of course if we base on the messages we been getting, the most common fetishes involve body parts like feet, legs or body features, piercings and tattoos. A nice idea is to get some clothes when it comes to body parts, such as stockings, gloves and skirts for the Musa you like.

This week has been horrible because of 2 current topics.

Today got many requests, but none of them were fulfilled, Sunday is a tough day and the Bible says we must rest Sundays. Nah, you want the truth? You can’t handle the truth babe, so just stop getting angry because you can’t book on Sunday.

Why the ladies take Sunday off? Because they can, hot girls get away with it because they don’t need Sunday for work, they use it to maintain their image as a normal school girls to the world so they use Sunday for family, friends and, of course, they have a Brayan waiting to get the money she earned thru the week from dates and Sugar ATM’s, maybe Sundays will be used for some walking ATM too;  because yes, Brayans approve sugar ATM’s because he is actually the sick son/mother/grandma/rent/school and he doesn’t like to work, so he needs another man to take care of the hot girl and him so they can be happy ever after. We will talk about this later too, these guys are a plague for sure. Talk about a lack of teraphy, boys.

Remember, hot girls get booked fast too, we don’t have second rate girls here so if you want beautiful and young ladies you have to deal with the high demand, and those people wanting to leave the hottest ones for Sunday will not have any luck. Price is reasonable enough, the ladies are the hottest you will get and they are available all week, and what you do?: 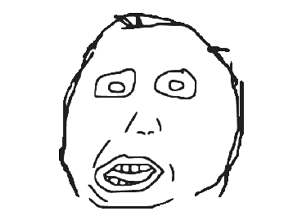 Latest example was Wendy, she was here only for a day, she only needed fast money for an emergency but didn’t want to stay here after she collected what she needed. Of course the alphas took the lead and went for her as soon as possible. The rest are still asking: Will she come back?

This doesn’t apply for those living far and not having the chance to be here as often as they want. As for the rest, you can just notice what I’m talking about when you lurk the forum, too many of those asking: any reviews? Well, you wait for a review and now she is gone.

Now, we have new talent again, won’t say how long they will stay but some already took the lead and booked them.

So, conclusion, you are the reason shampoo has instructions.

Second, not announced but still working:

Some are still working as escorts under the radar? Yes, they are, and they will not be seeing everyone…. Because, again, they are under the radar…. that’s why they don’t want their pictures here.

Thank Sugar ATMs for that. Exclusivity? Relationship? Only ones winning from this are the Brayans, the only deals the Brayans don’t get money from are travels and surgeries, but you can be sure they do enjoy the results of a surgery way more than the sugar ATM. Right now surgeries and travels are the new hype they want to get from sugar ATMs, but since the Brayans now want new cars and nice apartments the ladies need to keep working with known gentlemen. That takes most of the clients out of the picture, even if the client have booked before,  so thank dumbasses for that. Brayans seem like a necessary evil because the ladies were putting effort on making money even if it was for them, but these guys have no reason to exist now but to be the sponsors of Brayans, and they don’t even know it.

Won’t say who tho, I will just say some are under the radar but still kicking, and about 90% of the ladies have a Brayan now, not a boyfriend, a Brayan and it’s not you, sugar ATM’s are not boyfriends and even boyfriends are not the official love of these girls. Doesn’t make sense right? But you thought you knew TJ culture. Now I will leave slowly.

Conclusion, you are that kid no one ever looked for when hide and seek was being played.

Mother’s day was last week and some didn’t take the day off because they wanted to get some cash for their moms, and some of the Musas earned a nice dinner. Tradition is just take mom to a restaurant and some flowers, that’s why it’s difficult to get something to eat that day, of course the rest of the year they just misbehave.

Hope next week we are a bit more relaxed, we need to plan a party for our anniversary, will be our 7th year and 7 is a luck number. We will see, nice week!